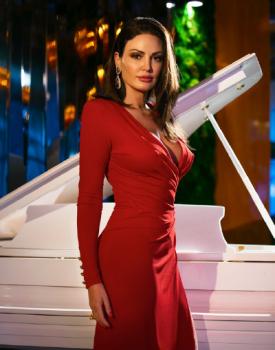 As part of her fast-growing acting career, Bleona has won the hearts of the writer, director and producers of the soon be worldwide release television series, “Paper Empire”. A smart and edgy crime drama. Bleona plays a vocalist, starting at the bottom and attempting to make it completely on her own in a county foreign to hers. (Sounds Familiar)